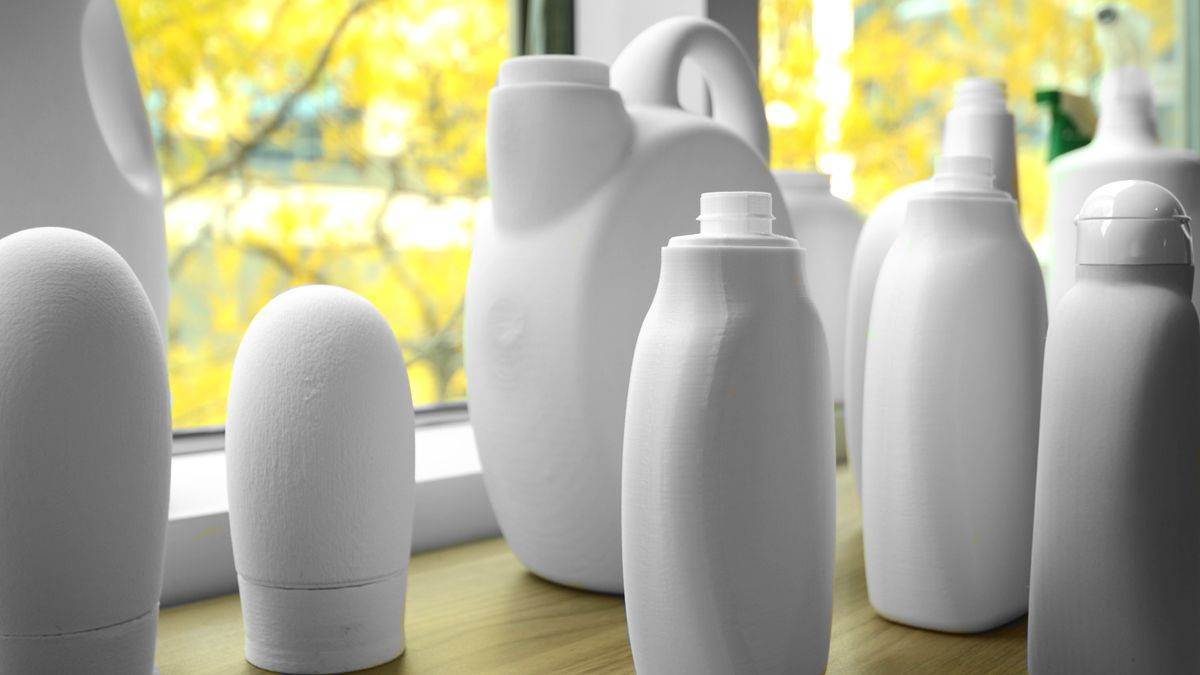 Studio One Eleven charges clients nothing for the work it pays its industrial designers to do.

Designers at Studio 111, a unit of Chicago-based container manufacturing giant Berlin Packaging, work on packaging designs for clients such as Procter & Gamble, Walgreens and Coca-Cola. If a client likes the design or product, Berlin Packaging produces it for that client and reaps the revenue.

If a client doesn’t like the design, Studio 111 retains the intellectual property with the hope of selling it to another client, and no money changes hands.

“I waive hundreds of thousands of dollars of fees per job, in some cases, in exchange for the ability to supply the components that we’re working on,” said Scott Jost, vice president of innovation and design and the head of Studio 111.

Studio 111 has 20 team members who work mainly as industrial and graphic designers and market researchers. They’re all Berlin Packaging employees.

Jost, who started the studio in 2003, said he agreed to take on the project because the company would allow him to run it like a design studio.

He said Berlin Packaging, which Oak Hill Capital Partners acquired for $1.4 billion in late 2014, places no limits on what Studio 111 designers create because the company isn’t restricted by machinery.

He thereby describes Studio 111’s model as an “unlimited machine platform,” thanks to Berlin’s relationships with more than 700 suppliers. Jost said that frees designers to pursue what’s best for the brand or the end user rather than the manufacturer.

He said Studio 111 has reinvented packaging for Mel-O Honey, the brand that introduced the famous bear-shaped dispenser; created a patented device for measuring the correct amount of concentrated cleaner solution for Libman; and designed high-end packaging with aluminum accents for Patricks, a men’s grooming company.

Jost said he makes Studio 111 designers aware of the division’s budget and that they manage their design portfolios like investment portfolios, taking into account risk and opportunities for returns.

“They’re all managing their own portfolio and apportioning their time based upon that real-time awareness of what’s going on and all the moving pieces,” he said.

Some might liken Studio 111’s model to what is known in the creative world as designing on spec. For many independent firms or designers, it’s a tricky proposition because it can involve a major time commitment without guaranteed payment.

“That element of it is respectful of design, the fact that designers are being paid to work with the client to develop an appropriate response over time,” Grefé said.

Richard Shear, a Connecticut-based chief creative officer of independent design firm Invok Brands, said it’s common for manufacturers and advertising agencies to have their own design studios. Yet he said the Berlin-Studio 111 model is a “lose-lose” for the design industry wherein independents must compete on whether they’ll work on spec, rather than on their portfolios, relationships or price.

“One way to look at it is that Berlin Packaging’s revenue comes from selling millions and millions of cans or bottles for revenue,” Shear said. “They use design as a sales tool to sell cans and bottles.”

Shear acknowledged that the model makes sense for Berlin and companies like it, but he warned that consumer packaged-goods companies are realizing that their model of shipping identical products across the world may be less attractive to future generations that crave more variety.

Nevertheless, Jost said he’s focused on doing design work that will drive manufacturing contracts to Berlin, and he said Studio 111 designs products with the assumption that Berlin will produce them.

He sees that time and work as an investment.

“It is absolutely not about getting somebody to pay for my design service,” he said.