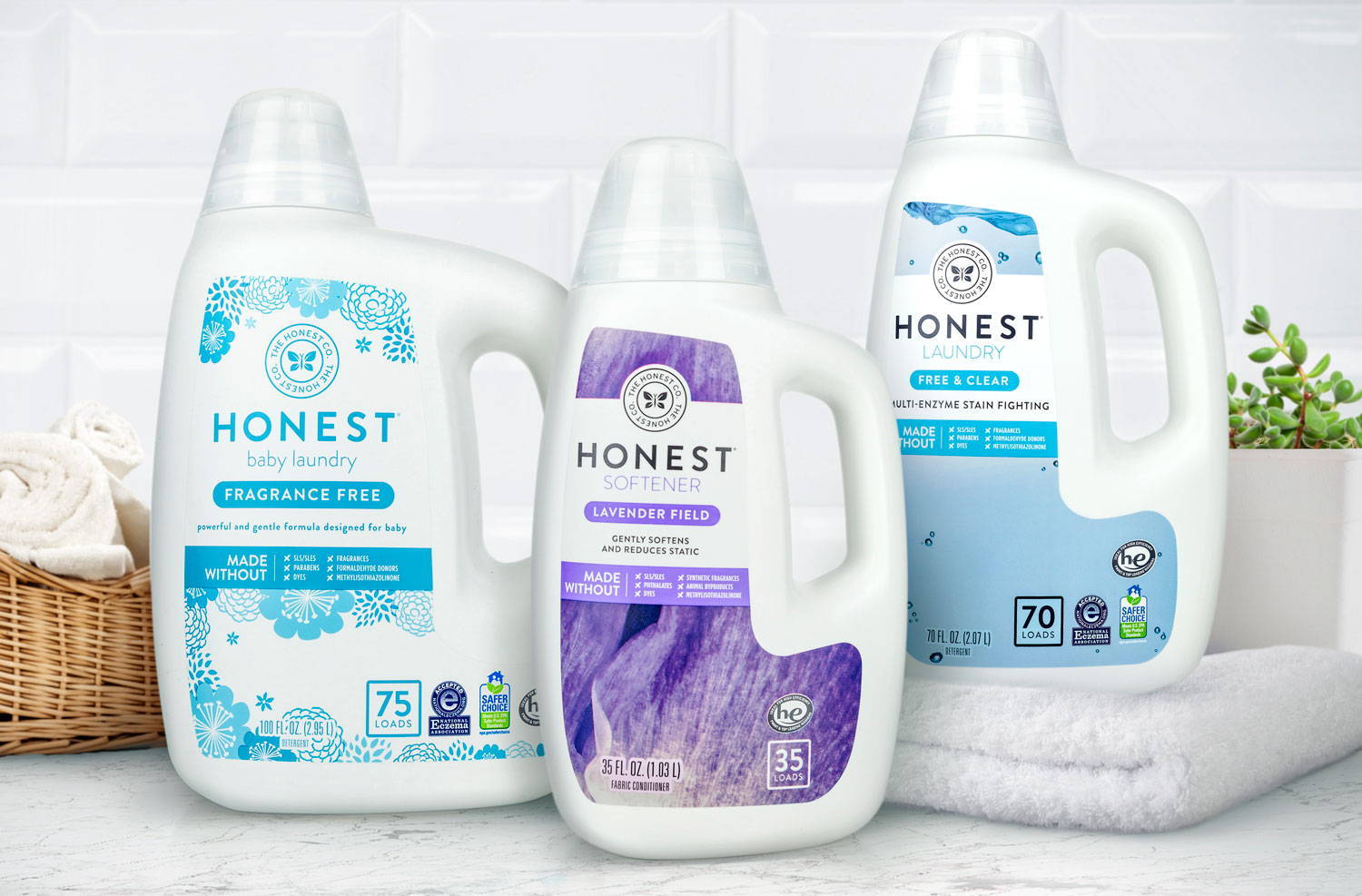 Ever since consumers began ordering household staples and groceries online, CPGs have questioned whether selling products through this channel will require a change in their retail package design. How will graphics designed to stand out on shelf translate to the digital world? If a package is made more functional for shipping, can it still convey the brand experience? Will all the work done to establish brand shapes, labels, etc., be diluted? Is it worth the cost to stock different SKUs for different channels?

So far, the changes have come primarily in the form of structural improvements to existing packages to provide greater product protection, eliminate product leakage, reduce the amount of dunnage needed to secure the product, or solve other shipping-related issues. One such example comes from The Honest Co., well-known for its baby, personal care, cleaning, vitamin, and other products made from safe ingredients. It all began with a new laundry product, explains Tien Nguyen, Senior Industrial Designer for Berlin Packaging’s Studio One Eleven—the firm involved with the project.

“Liking the basic structure of an existing Califia Farms’ almond milk bottle, The Honest Co. wanted to create a packaging solution for their new baby fabric softener,” Nguyen says. “When leaking challenges arose with their existing 70-ounce detergent bottle, the project focus shifted to a redesign of the entire household laundry line for the burgeoning e-commerce environment.

Studio One Eleven quickly recognized that the dosing-cap closure would play a critical role in reducing product leakage. The firm’s solution was to design a new polypropylene closure with a thick, high-density polyethylene foam liner that minimizes the assembly gap. Says Nguyen, “It is the thickness that distinguishes it from typical cap liners.”

The closure sits level with the bottle, marrying the two components. The cap is easily removable while maintaining an air-tight seal. To stop the “glugging” that occurred with the old spout, the new design has a longer cut-out spout that increases airflow and provides controlled pouring.

As for the bottle, the new design has a softer, rounder shoulder that improves top load, while its heavier weight improves drop resistance and creates a premium feel. An ergonomic handle allows for easy, one-handed gripping and pouring.The bottle is used for all of The Honest Co.’s laundry detergent and softener products, in 35-, 70-, and 100-oz sizes.

Another example of a package redesigned to withstand the rigors of e-commerce is a salsa jar from Houston-based contract packager Consolidated Mills, which produces its own line of products under the Alamo Red Foods brand. A redesign of its glass salsa jar to Amcor’s Apex™ PET jar with metal lug closure was undertaken when owners/brothers Keith and Scott Vrana decided they wanted more control over the distribution process than was afforded by the retail model.