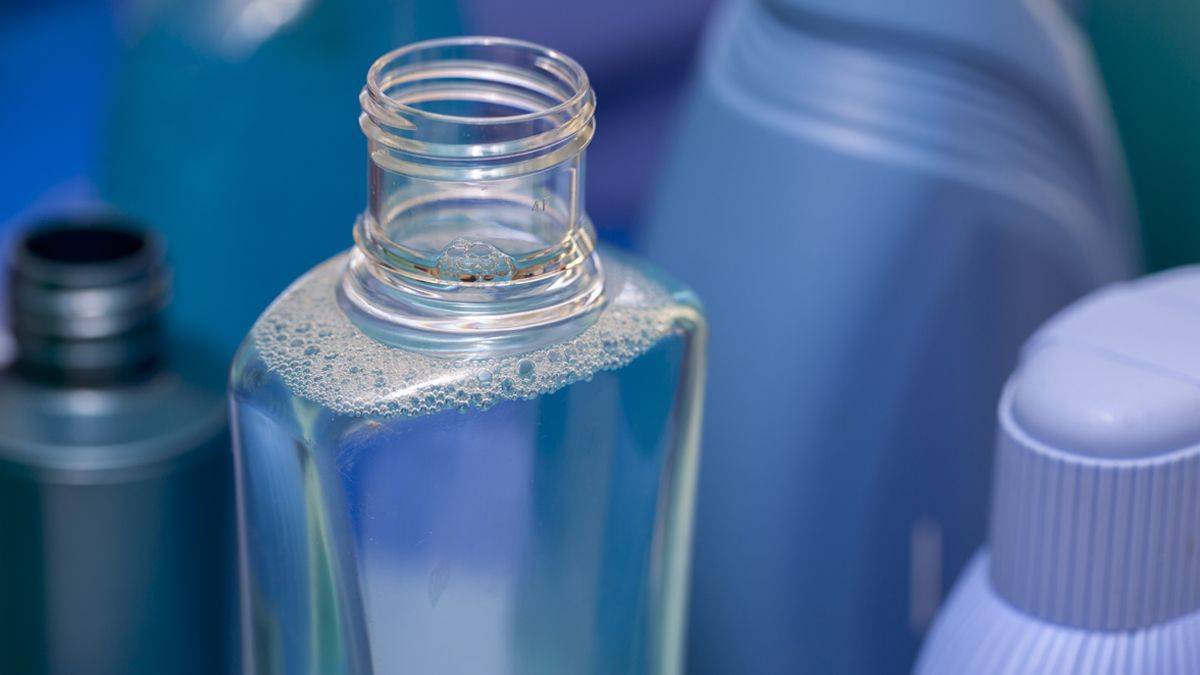 The sum total of the visual response to the beauty of an object. Elements of aesthetics may include: color, shape or particular features of the object.

The physical and/or chemical change of a material with respect to time, under defined environmental conditions, leading to improvement or deterioration of properties.

A chromatic (brown) color of glass or plastic containers. It is used principally to protect the contents of the container from exposure to light.

A chemical substance added to a plastic resin to minimize or prevent the effects of oxygen attack on the plastic, e.g., yellowing or degradation. Chemical attacks by oxygen can render a plastic brittle or cause it to lose desired mechanical properties.

A design of thread profile (cross section) which takes the form of a truncated triangle or slight modification of that form. It is usually positioned so the right angle is at the bottom of the thread cross section and adjacent to the neck of the bottle finish. The horizontal leg of the right triangle is the bearing surface for a matching cap thread. It is designed to withstand maximum force in one direction only.

Freedom of haze or cloudiness in a plastic material.

A devise used to seal off the opening of the bottle to prevent the loss of its contents.

A measured amount of dye or pigment incorporated into a predetermined amount of plastic. This pigmented or colored plastic is then mixed into larger quantities of plastic material used for molding. The "concentrate" is added to the bulk of plastic in measured quantity in order to produce a precise, predetermined color of the molded bottles.

An uninterrupted protruding helix on the neck of a container used to hold a screw-type closure.

A material whose chemical structure is made of long chains of two differently structured chemical units (Monomers) which repeat a more or less regular pattern in the chain.

Weight per unit volume of a substance. Density is expressed in grams per cubic centimeter, pounds per cubic foot, etc.

Any change from the original color. Discoloration is often caused by overheating, light exposure, irradiation, or chemical attack.

The susceptibility of a thermoplastic article to cracking under the influence of certain chemicals and stress.

The compacting of a plastic material and forcing of it through an orifice in more or less continuous fashion.

The level to which a container must be filled to furnish a designated quantity of the contents.

The plastic forming the opening of a container and shaped to accommodate a specific closure.

A device used as part of a closure assembly to accomplish a certain purpose such as, dropper, sprinkler, powder shakers, etc.

A method of rendering inert thermoplastic objects receptive to inks, lacquers, paints, adhesives, etc. The object is bathed in an open flame to promote oxidation of the surface of the article.

The extra plastic attached to a molding along the parting line. The flash must be removed before the parts can be considered literally finished.

Is an extra process in which a thermoplastic article (container or closure) is exposed to fluorine gas. The fluorine substitutes with some hydrogen atoms in the polymer chain creating a barrier and surface enhancement. Benefits include improved barrier properties and reduced solvent absorption and permeation.

An abbreviation for High Density Polyethylene.

The space between the fill level of a container and the sealing surface.

The part of a bottle between the bottom bearing surface and the side wall.

An abbreviation for Inside Diameter.

Relative susceptibility of plastics to fracture by shock. Impact resistance is indicated by the energy expended by a standard pendulum type impact machine in breaking a standard specimen in one blow.

A blow molding process in which the parison to be blown is formed by injection molding.

A molding procedure whereby a heat-softened plastic material is forced from a cylinder into a relatively cool cavity giving the article the desired shape.

A mold into which a plasticated material is introduced from an exterior heating cylinder.

The vertical distance from the sealing surface to the top part of neck bead, i.e., where the uppermost part of the bead intersects the container neck.

A type of thread contour (cross-section) roughly trapezoidal in outline. The outermost part is radiussed a "general purpose" thread contour designed for use with metal or plastic closures.

The ability of a plastic material to withstand exposure to light, usually sunlight or the ultraviolet part of the light spectrum, without change of color or loss of physical and/or chemical properties.

A unit of measurement equal to .001 inch.

A term designating the minimum thickness of the wall of a bottle.

The rate at which water vapor permeates through a plastic film or bottle wall at a specified temperature and at relative humidity.

The cavity or matrix into which the plastic composition is placed and from which it takes its form.

A vertical line formed at the point of contact of the mold halves. The prominence of the line depends on the accuracy with which the mating mold halves are matched.

A bottle that is co-extruded with two or more layers to contain oxygen sensitive foods or industrial chemicals.

The part of a container where the shoulder cross section area decreases to form the finish.

A printing technique in which ink is transferred from a reservoir to a printing plate. For the ink printing plate, the image is printed on a cylindrical rubber roll (blanket) and then to the object to be printed.

A term describing a material or substance which will not transmit light.

The alignment of the crystalline structure in polymeric materials so as to produce a highly uniform structure. Orientation can be accomplished by cold drawing or stretching during fabrication.

The capacity of a container to the top of the finish or to the point of overflow.

Distortion, side wall collapse of a container occurring during aging or storage. Paneling is caused by the development of a reduced pressure inside the bottle.

A mark on a molding or casting where the halves of mold meet in closing.

Known as thermoplastic polyester. PET has the unusual ability to exist in either an amorphous or highly crystalline state. The crystalline state is necessary for extruding the material. The amorphous state permits it to be oriented.

To soften a material and make it plastic or moldable by means of a plasticizer or the application of heat.

A thermoplastic material composed of polymers of ethylene. It is normally a translucent, tough, waxy solid unaffected by water and a large range of chemicals.

A tough, light-weight rigid plastic made by the polymerization of high-purity propylene gas in the presence of an organometallic catalyst at relatively low pressures and temperatures.

A water-white thermoplastic produced by the polymerization of styrene (vinyl benzene).

A thermoplastic material composed of polymers of vinyl chloride. PVC is a colorless solid with outstanding resistance to water, alcohols, and concentrated acids and alkalies

A container finish having uniform undercut lips as a sealing surface. The pour-out finish is designed to facilitate pouring without dripping.

Used in the blow molding processes. A heat-softened polymer is formed into a shape similar to a thick test tube with neck threads. This tube is subsequently inflated while inside a blow mold to create the shape of the desired article.

The extrusion of a parison which differs in thickness in the length direction in order to equalize wall thickness of the blown container. It can be done with a pneumatic or hydraulic device which activates the mandrel shaft and adjusts the mandrel position during parison extrusion (parison programmer, controller, or variator). It can also be done by varying extrusion speed on accumulator-type blow molding machines.

The recessed area on the bottom of a bottle designed to allow an even bearing surface on the outside edge to prevent the bottle from rocking.

A thermoplastic from a processor's own production that has been cleaned and reground.

Any class of solid or semi-solid organic products of natural or synthetic origin, generally of high molecular weight, with no definite melting point. Most resins are Polymers.

A printing technique involving the passage of printing medium, such as ink, through a web or fabric, which has been stretched on a frame, to which a refined form of stencil has been applied. The stencil openings determine the form and dimensions of the imprint thus produced.

The lip portion of the finish that makes contact with the sealing gasket or liner to form a seal.

The change in dimension (decrease) a molded article undergoes after being molded. Shrinkage is caused by cooling and subsequent contraction of the plastic material.

Any method of treating a plastic to alter the surface and render it receptive to inks, paints, lacquers and adhesives. Examples of surface treating are chemical, flame, or electronic treating.

The outside diameter of the thread helix on a bottle finish.

The amount of weight bearing on the top of a container. The term is sometimes used to indicate the maximum load the container will bear without becoming distorted.

Any chemical compound which, when admixed with a thermoplastic resin, selectively absorbs UV rays and minimizes chemical and/or physical changes that may be engendered by UV.

Referred to as "Displacement" and also as "Capacity."