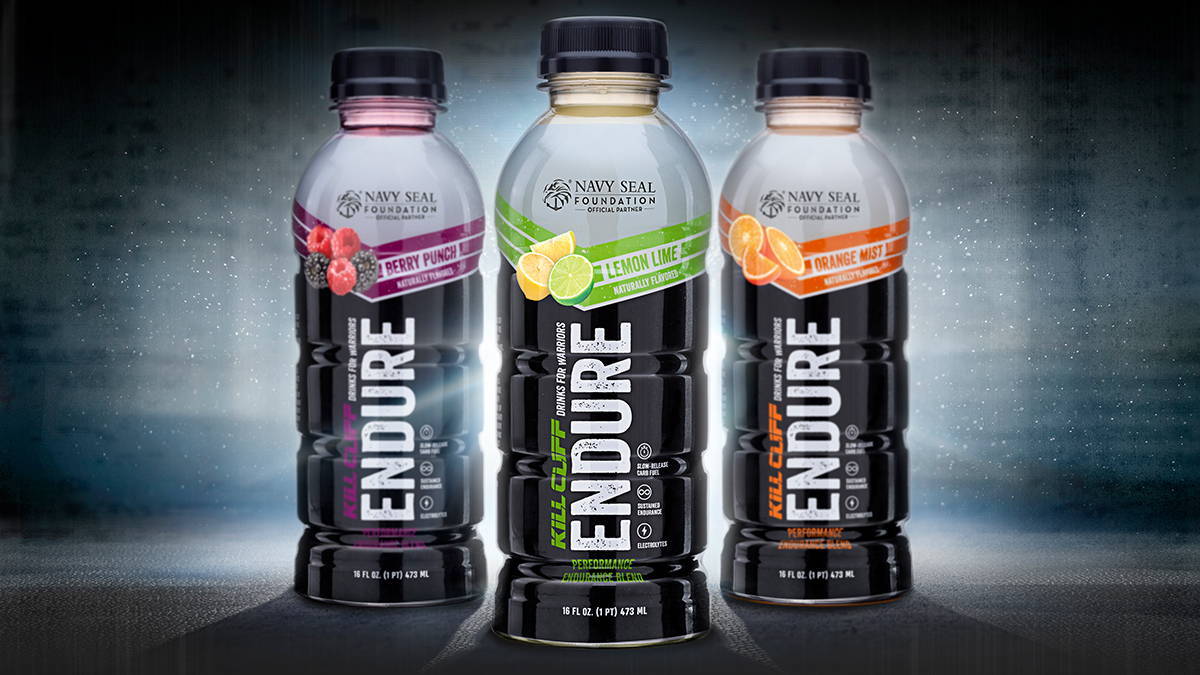 When Kill Cliff's product line expanded to cover more of the CrossFit market, the packaging needed an update to reflect all new drinks designed for separate applications, according to an article in Packaging World magazine.

Created in 2011 by ex-Navy SEAL Todd Ehrlich with the needs of extreme fitness athletes in mind, beverage brand Kill Cliff enjoyed initial success with a post-exercise drink line. It was aptly named Recover thanks to its muscle inflammation-fighting formulation and was sold in 12-oz aluminum cans using color cues to differentiate between four flavors.

Kill Cliff eventually realized that recovery was only one piece of the exercise pie. Meanwhile, Kill Cliff had amassed quite a strong following in the CrossFit community. The company wanted to expand its line to capture extreme athletes’ unique hydration needs before and during their workouts, not just when recovering afterward. So earlier this year, Kill Cliff introduced a sports endurance beverage called Endure and an energy boost beverage called Ignite.

But in growing from a single product line to a product family, Kill Cliff faced an identity crisis that brought its packaging under scrutiny. To solve the problem, the brand engaged Berlin Packaging’s Studio One Eleven inhouse design agency to bring its new products into brand alignment. Studio One Eleven designed and presented multiple concepts, allowing Kill Cliff to drive the direction. The design team also created the artwork files and any edits that needed to be made to make it easy for printing. This eliminated the need for a third-party design firm, and Kill Cliff was able to use Berlin’s services at no charge in exchange for the business.

The result was eye-popping consistency across all lines, with each of the three drinks loudly declaring its intended application—so as not to be confused with existing energy drinks—under a more understated Kill Cliff brand identifier.

“We are very fortunate to have great partners like Berlin and Studio One Eleven, which worked with us to make this new design come to life,” says Joe Driscoll, CEO of Kill Cliff. “The new packaging is going to be a game changer for Kill Cliff.”