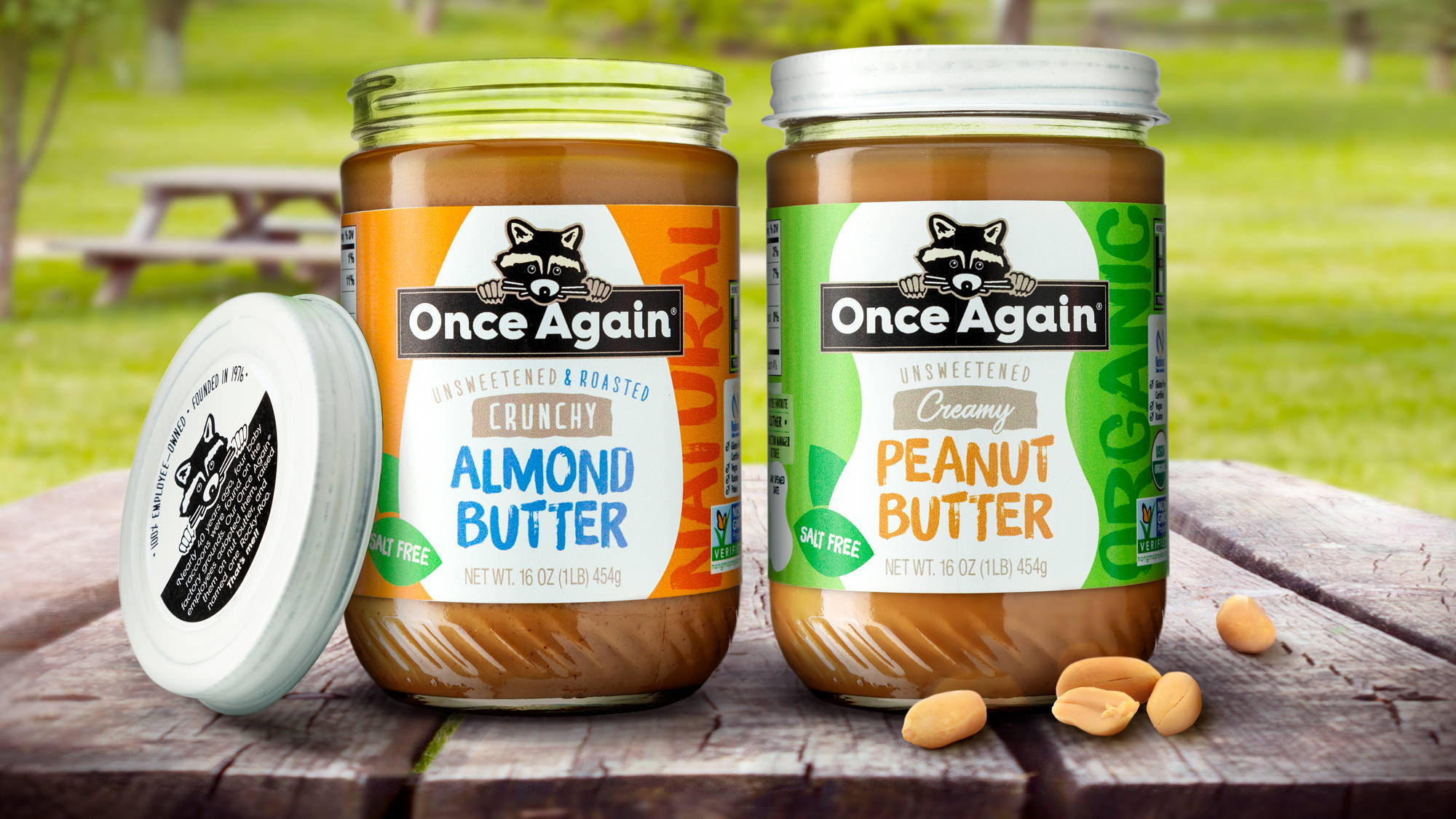 Once Again Nut Butter has moved their peanut butter production to a dedicated, SQF Level 3 Certified, 37,000 square foot facility, according to a press release. The move comes at the same time as an update on Once Again’s new packaging, launched in January.

Moving the peanut butter production prevents cross-contamination of allergens and increases their production capacity, the press release says. The facility was originally opened in 2016; a new jar line has been installed to complete the transition. In the future, the release says, all of Once Again’s tree nut and seed butter labels will say that they are made in a peanut butter-free facility.

The new packaging was designed by Studio One Eleven, the design division of longtime packaging supplier Berlin Packaging. The company says the packaging has been well-received by customers in the past two months.

The Studio One Eleven team also, developed artwork for Once Again’s trade show booth at Natural Products Expo West and product giveaways at the Expo. Their designs, the release says, “introduced Once Again’s updated brand identity to the world” and demonstrated Studio One Eleven’s expertise.