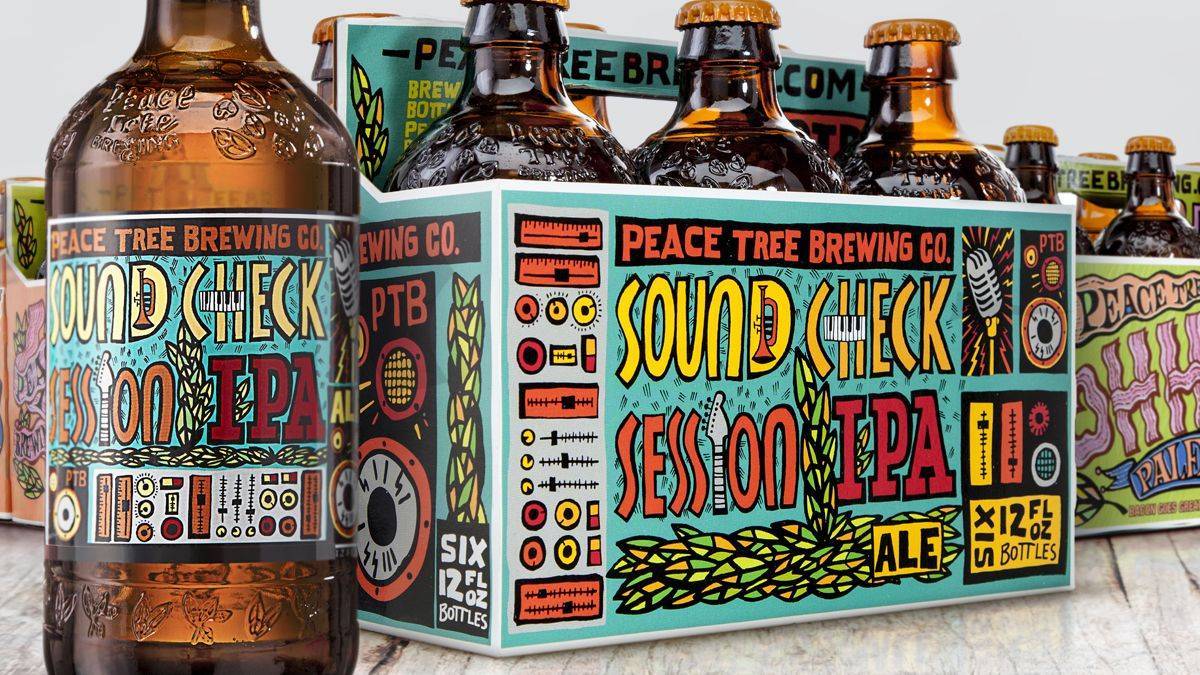 Peace Tree Brewing Company, founded in 2009 in a former Nash Rambler car dealership on Main Street in Knoxville, IA, USA, wanted to modify its packaging for functional and aesthetic reasons. In order to do so, the company tapped Berlin Packaging’s Studio One Eleven for the redesign.

Peace Tree Brewing Company is a craft brewery dedicated to handcrafted, full-flavored beers with attention to quality. The company’s product line consists of four flagship craft beers, as well as several seasonal and specialty beers that are produced throughout the year.

The competitive nature of the craft beer marketplace necessitated the redesign. “The industry has grown very quickly in the past several years, with craft breweries springing up everywhere in response to an enthusiastic market,” explains Jacob Pfitzenmaier, packaging consultant for Berlin Packaging. “Some experts, however, believe the market is reaching a saturation point, so it is more vital than ever to stand out from the crowd. Every day is a new challenge to do that, so at Peace Tree we just try to stay true to our roots and mission: to remain dedicated to brewing handcrafted, full-flavored beers with great attention to quality.”

Berlin Packaging helped modify the existing bottle. The goal was to achieve a true 12-ounce fill on the production line–as opposed to 350 mL–and to change the neck finish to allow for easier opening. The custom redesign took place on a 12-ounce amber glass bottle.

Berlin Packaging was faced with several challenges along the way, though. “The biggest challenge was departing from the outgoing Canadian bottle, which was suited for a 350mL (11.835 oz.) fill, which meant it only had a brim-full capacity of 359mL (12.1 oz.),” says Pfitzenmaier. “The new bottle, which is a custom 12-ounce amber glass shape, has a brim-full capacity of 386 mL (13 oz.), which is able to hold the correct 12 oz. fill with ample headspace, while staying very close to the original diameter and height dimensions in order to allow for a seamless transition operationally on the production line. It fully solved the increased capacity challenge.

“In addition, the outgoing bottle also had a transfer bead in the neck, which interfered with many church key openers, and actually resulted in broken necks during opening,” he says. “That’s not the customer experience you want. The new standard neck shifts this bead down with a sloping angle, so as to alleviate the problem.”

Not only did the bottle resolve the 12-ounce-fill and neck-finish objectives, it helped reinforce brand recognition and strength with a distinctive shape and embossments. The bottle continues to work seamlessly on the existing filling line equipment.

“There are so many benefits associated with the new packaging,” explains Pfitzenmaier. “They include better ergonomics, easier opening, a distinctive look, increased capacity, increased production and stocking efficiencies that heightens our distribution and growth.”

According to Peace Tree, Berlin Packaging provides greater supply-chain efficiencies, like just-in-time delivery of packaging, which allows greater product availability for its customers. “Berlin’s reputation was strong in the region and in the industry, so it was a natural pick,” says Pfitzenmaier.

Peace Tree has received positive feedback since the bottle launched in November of 2016. Not only has the company responded with increased production and stocking efficiencies, the brewery opened a new “contemporary-meets-industrial” taproom on January 1, 2017. It is located in a renovated Quonset hut in the East Village in downtown Des Moines.

“The new bottle design was just launched, so success is a bit too early to gauge, but the initial reaction to the new bottle has been very positive,” says Pfitzenmaier. “We opened our taproom on New Year’s Day, and we’ve had healthy crowds ever since. People seem to love the space, and we’re excited about serving our customers and the community from this location.”