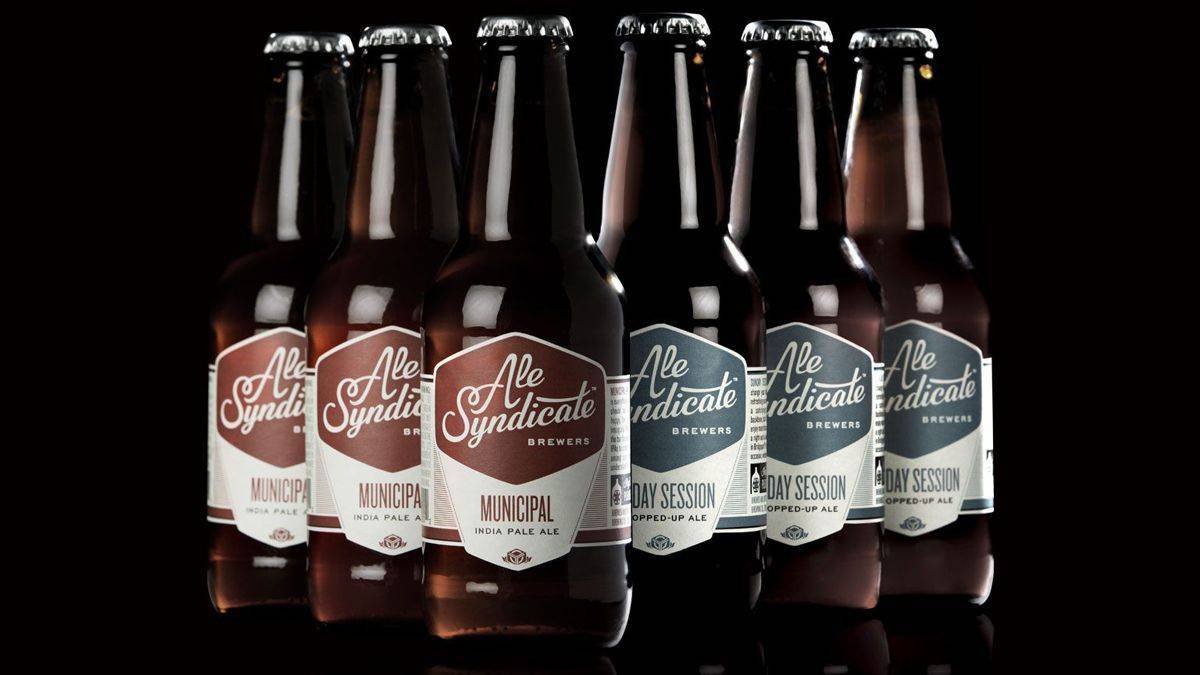 In the challenging and competitive craft beer marketplace, Ale Syndicate Brewers knew it needed a creative new look to stand out on the crowded shelf. The brewery, which provides beers that are “distinctly Chicago,” wanted a product that would attract the attention of craft beer drinkers in the 21-30 demographic. In order to accomplish this, Ale Syndicate Brewers sought out Berlin Packaging’s Studio One Eleven.

Berlin Packaging was tasked with presenting a re-design predominantly featuring longneck bottles. The company needed to navigate specific dimensions in regards to height and diameter without affecting the filling process. Not only did the bottle need to be functional, but it also had to contend with a hyper-competitive market. In 2009, there were just 1,596 craft breweries, and today 75% of people of legal drinking age live within 10 miles of a craft brewery. There are currently over 4,000 craft breweries in the United States.

“Right now, the market is exceedingly challenging,” explains Nick Ewing, packaging consultant at Berlin Packaging. “The craft beer marketplace is burgeoning, and that’s great. But there are so many great breweries, large and small, and so many creative people behind the marketing of those breweries and their products, that there is a new face, name and brand to compete with every day. We really had our work cut out for us.”

In order to navigate these challenges, Berlin Packaging proposed a stock 12-ounce amber glass heritage bottle with a short, “stubby” appearance. The new look served two purposes: the bottle stood out on the shelf and also occupied less space in the warehouse. By adhering to strict dimensions, the bottle still works seamlessly on the filling line as well. “The real magic was in the use of the new stubby bottle,” says Ewing. “Its heritage appearance stands out beautifully on the shelf among all of the other typical longneck bottles.”

“As part of this project, a new label was designed for our latest product line extension: Paulina Chicago Witbier, which further enhances brand recognition among our target audience,” says Ewing. “The label carries the familiar clean and crisp Ale Syndicate brand look with our distinctive script lettering and color blocking–for Paulina the color block is a slate blue.”

Ale Syndicate Brewers was presented with a multitude of options, but Berlin Packaging stood out in its depth of detail. The new-look bottles have also led to positive customer feedback.

“Berlin presented a vast depth of options to Ale Syndicate on different services and offerings. It was obvious they were concerned with more than simply selling Ale Syndicate bottles and caps,” adds Ewing. “Customers love our beer, and we have won awards for different types of beers. The unique bottles and closures have allowed us to stand out in a very crowded market. Feedback overall has been positive and has allowed us to continue our growth.”

According to Ale Syndicate Brewers, the new packaging has resulted in decreased costs and increased efficiency. The packaging was not the only thing to be infused with new life. Internal growth for Ale Syndicate has included expanded distribution as the company has gained market share. A tap house is also in the works, with the goal being a 2017 launch. “The tap house is still in the beginning stages,” explains Ewing. “There were lots of old prohibition laws in effect that we had to work our way around in order to get this far. Realistically, the goal of the tap house is to provide great beer and a great atmosphere for people in Chicago and Logan Square to take pride in.”